Crus Scholar internship program, which was designed to help students enhance their future career opportunities by gaining experience in developing a relevant research project with guidance from a faculty mentor from within Metallurgical Engineering in the Department of Materials Science and Engineering. Topics of high interest currently include development of recycling processes, processes for minimizing waste, and biomedical devices. 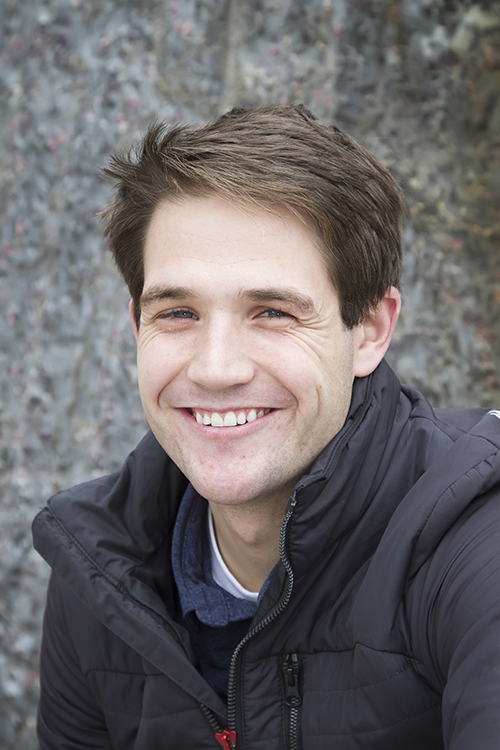 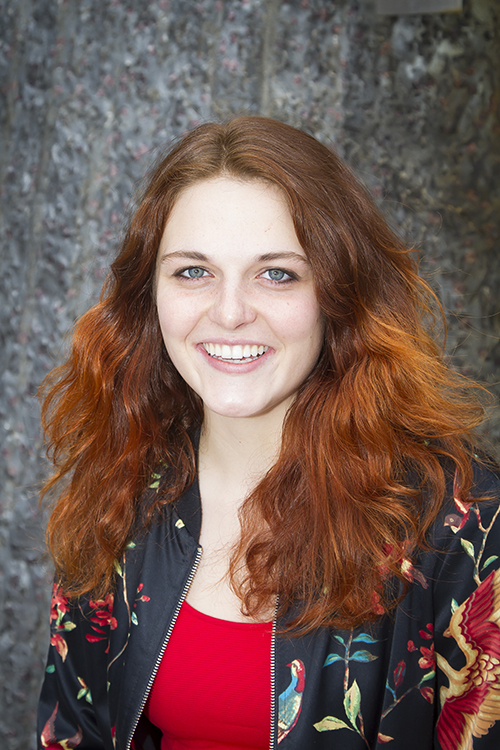 Molten salts have the potential to revolutionize the collecting of electricity. Chloride-based molten salts can operate at higher temperatures and in turn produce more electricity compared to nitrate-based salts. The redox potential of the chloride salts is much greater at higher temperatures and can easily corrode common alloys. In this study, the electrochemical effect of adding magnesium metal MgCl2-KCl-NaCl salt mixture was investigated. Open circuit potentiometry, cyclic voltammetry, tafel slopes, and solubility tests were conducted to see if the addition of magnesium metal could be an advantageous medium to control redox potential in the MgCl2-KCl-NaCl salt. This work will be presented at the American Institute of Chemical Engineers 2019 annual meeting in Orlando, Florida. The work will soon be published in a paper entitled, "Metal Dissolution in Molten Salts for Redox Control." 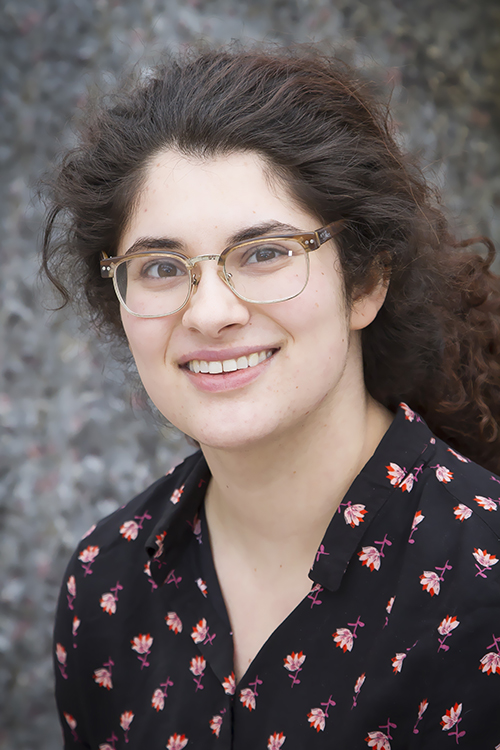 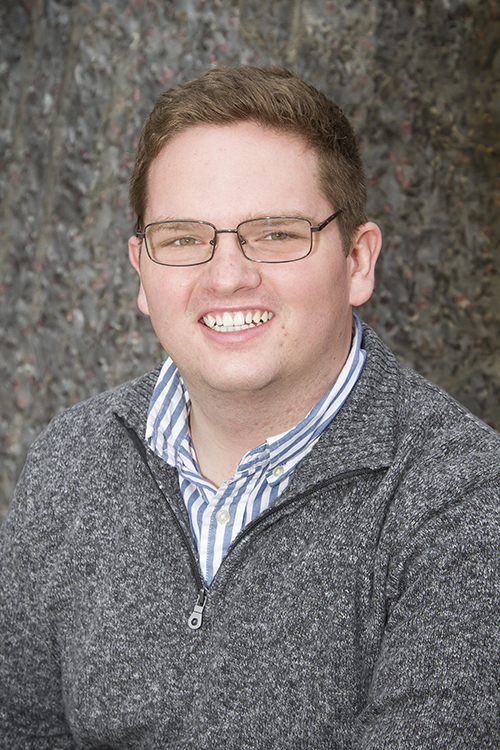 When the pulp of a tooth is threatened by a deep cavity, a material known as a pulp-cap is often used to protect the tooth and prevent a root canal. Jerry's research project is on the development and characterization of novel self-setting pulp capping materials composed of sodium metasilicate and calcium phosphate glasses. He took third place in the biomaterials division of the TMS 2019 Research Poster Competition, and second place in the University of Utah Materials Advantage Poster Competition. A manuscript based on this research is currently under review. 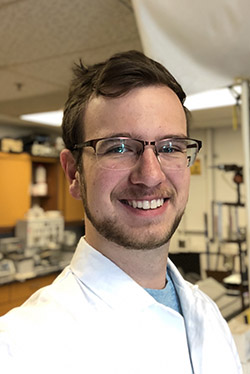 characterization of the surface chemical properties of gold-containing auriferous sulfides

Tristan's research involves characterization of the surface chemistry properties of gold-containing auriferous sulfides such as pyrite and arsenopyrite. Using what he learns, he hops to identify and solve major efficiency problems in the flotation process of gold mines— specifically those who have ore deposits with high concentrations of dolomite and calcite. To do this, he will analyze particle surfaces using SEM imaging, measure relative surface charges under a wide variety of conditions, and determine trends in flotation response. So far, he has learned a great deal about the properties of arsenopyrite and will soon be studying pyrite in depth. 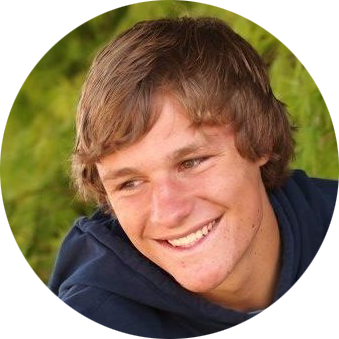 Casey's concern about air pollution became much more acute after he moved from Idaho to Utah to enroll at the U. and found a job that entailed making deliveries on his bike on peak inversion days. He decided it was in his best interest to resign from the job and join the Crus Center as an undergraduate researcher, mentored by Dr. Krista Carlson.

His first project involved investigating technologies for sensing, measuring and mitigating pollutants in Salt Lake City air. Roger and Dawn Crus met Casey at a poster contest and were impressed enough by his presentation, which showed how his pollution-sensing device works, that they decided to fund an internship allowing him to continue his research as the center's first Crus Scholar.

Casey later focused on water purification technology and successfully engineered a long-lasting filtration device, which doesn’t require filter replacements, for people without access to clean water. He received a Green Prize for most-sustainable technology development for this device; the prize was awarded by VentureWell, a nonprofit  organization that recognizes and provides support for early-stage science and technology innovators. Casey graduated in 2017 with a degree in metallurgical engineering.

Tanner’s research addresses the lack of any viable commercial process for recovering and recycling valuable materials, including rare earth metals, without using harsh solvents and lots of water. His investigative methods rely on physical and chemical techniques to segregate metals from nonmetals and separate metal/metal components found in end-of-life photovoltaics and in lithium-ion batteries used in military and aerospace applications, as well as portable electronic devices and electric vehicles. 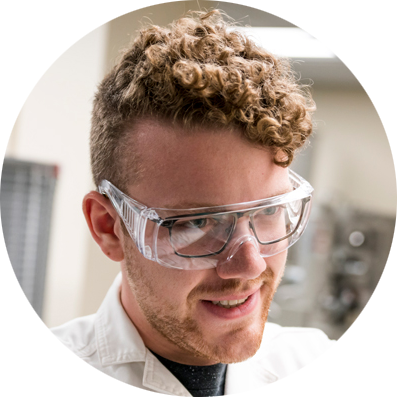 Alec’s focus has been on making research projects as cost-effective and sustainable as possible. One of his break-through discoveries was that using household vinegar to polish metal surfaces in preparation for anodization is as effective as the acid concentrations previously used in the nanotube production process at the center. Substituting vinegar for harsh acids has significantly reduced costs, including hazardous-waste disposal costs, while improving safety for other researchers working in the center.

Currently Alec is conducting tests to find out whether it is necessary to continue the years-old practice of using standard-size titanium oxide nanotubes for research conducted at the center, or if customizing their dimensions for various projects involving water purification, tuberculosis detection, food safety and air filtration can enhance the research while also reducing costs.  Alec also implemented a nitrile glove recycling system to reduce the amount of waste as well as waste disposal costs associated with the previous practice of throwing away used gloves. 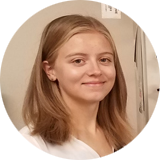 Olivia is investigating the use of titanium dioxide nanotubular arrays (TNAs), developed at the center, for detecting unique volatile organic biomarkers (VOBs) associated with food and the conditions in which it was stored. So far Olivia has found that the TNAs do have the capability to sense VOBs produced by eggs allowed to rot over the course of about seven days, but only if they are functionalized with cobalt. The next steps in her research include determining the amount of cobalt required to reliably detect microbes, pesticides, and industrial products often found in contaminated foods, then developing a commercially viable contamination sensing device that can be used in food-service applications – in restaurants, hospitals and schools, for example – to ensure food safety and quality. 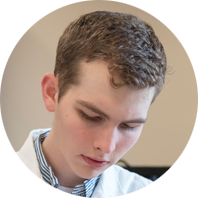 Before Alexander could pursue his passion for developing practical applications for silica-based aerogel technology at the center, he first needed to be able to produce, or synthesize, sufficient yields of aerogel samples needed for his research. Once he achieved that goal, Alexander went on to develop patent-pending aerogel technology for use in processing nuclear waste — specifically, millions of tons of “legacy waste” generated during the production of nuclear weapons in the 1940s.

Alexander currently is developing a high-efficiency filter to remove two of the most dangerous radionuclides in gases that are now leaking into the atmosphere from more than a hundred nuclear waste disposal sites located throughout the country. The U.S. Department of Energy is the intended beneficiary of his current research, but the technology Alexander is developing is expected to have many other applications, such as removing pollutants in the air and drinking water. 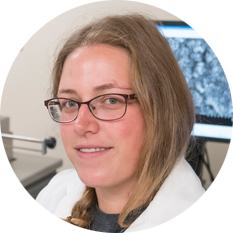 As a senior in transition from student to “civilian” life, Ashley currently is mentoring undergraduates who are just starting their research journeys and assisting other Crus Scholars at the center with their projects. For example, she has created 3-D imagery of various designs for gas filtration devices to complement Alexander Reifsynder’s current research project.

Some of Ashley’s accomplishments while working at the center include designing and fabricating several aqueous flow devices as well as components for filtration devices that remove viruses, bacteria and parasites such as cryptosporidum (“crypto”) and E. Coli. Using the group’s successful method of growing titaniuim dioxide nanotubes, she has developed sensors that detect pharmaceuticals, such as ibuprofen and triclosan, that are becoming increasingly prevalent in our water supply.